Maintain Your Mojo with Compassionate Management

It's hard to be a creative leader. There's so much to balance--the client's agenda, office politics, tight deadlines and small budgets. Add onto that the need to be consistently innovative, and even the most resilient creative leader can feel depleted and worn down.

There's a quick way to revive and maintain your mojo and it's called Compassionate Management. It's a management style, pure and simple, and you can use it to manage your team and manage yourself.

The 3 Principles of Compassionate Management 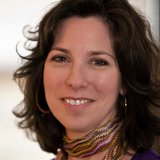 A people-oriented transformational leader, Cella Consultant Rena DeLevie has spent almost 30 years in the creative industry, including significant retail experience (Talbots, J. Crew, Kenneth Cole, dressbarn), first as an art director, then in creative operations/management. Rena has extensive experience in corporate management trainings, workshops, one-on-one coaching and presentations. She writes on the subject of leadership and management and has been interviewed on HuffPost LIVE, among other media, about Compassionate Management, a subject on which Rena is passionate. In addition Rena is a core member of Cella's professional development team featured at Beyond the Creative and Creative Manager Boot Camp training seminars.