Suffer Fools: A lesson learned the hard way over the course of a creative career

I started working as a creative a couple of decades ago at a time when business felt very different. There was a different dynamic between clients and their agencies and technology meant something different entirely. But perhaps the most different aspect of creative work at that time was the way some people approached it. Ambitious designers and copywriters looking to move up the corporate ladder needed to show that they could think and act like serious business people rather than "flighty creatives." In essence, this meant two things: not letting your freak flag fly quite so freely and buttoning up the way you did business.

The first was pretty easy for me (no questionable piercings or art-school hair), but the second was more complicated. I wasn't sure what a "real" businessperson was or how s/he behaved, so I looked around for role models. What I found were brash, headstrong, results-driven people -- tough, hard-driving managers who did what was necessary to turn out great work. Those same people could also be impatient, intolerant and dismissive, cutting down those with less experience or knowledge, or who simply lacked the skills to articulate a contrasting point of view.

In describing these managers, people would invariably say in a tone that was at once complimentary and derisive, "They don't suffer fools lightly." Over time, I became one of them and was rewarded for my take-no-prisoners approach.

But here's the thing -- I was wrong. I quashed good ideas because they didn't align with my own. I muted intelligent, professional discourse by filibustering or pulling rank. I missed out on learning from different people with different backgrounds and experiences. I failed to mentor, teach and guide people along in their careers as much as I should have.

It wasn't malicious, just insensitive. The net effect, though, was chilling. In exchange for professional recognition, I sacrificed relationships and, to a certain extent, my professional reputation. It took me years to outgrow that former self and now that (I think) I have, I'm a better boss, a better colleague and a better person.

So whether you work in-house or externally; whether the apparent fools are within your own team, your account group or your client set; whether they're misinformed or simply inexperienced, you'd do well to cut them a break. They're a lot smarter than you think. 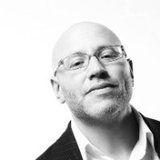 Peter is Director of Global Creative and Brand Activation at Pitney Bowes, a technology company that powers transactions across the borderless world of commerce. His in-house agency team consists of designers, writers and project managers in four countries working on creative solutions to marketing challenges.