The number of channels for video content is expanding—and will only continue growing. Far gone are the days in which video teams thought they could create one version and run it on multiple channels. As we know, each channel has its own intricacies and strategies—even their own audiences. But in order to deliver experiential content that creates true emotion for the audience, we must start with a strategy supported by analytics and then develop videos for different channels with intent. With more channels comes more videos. And with this increase of deliverables it becomes even more important to ensure there is a solution to store the files that make them easy to search, retrieve and share. This solution shouldn't be multiple external drives, local drives or shared servers where file size capacity is an issue. The solution is proper video asset management.

Video asset management is often overlooked and underappreciated. That is until a file is lost, an incorrect version was sent, it takes too long to retrieve a video (either because it can’t be found or the technology is slow), someone leaves who knows where all videos are stored or a drive is misplaced, mislabeled or not labeled at all. The list goes on and on.

That said, a video asset management success story comes to mind from a recent conversation with a colleague. The creative team in this story started out with the “cabinet filing method,” meaning that when you opened the cabinet you found stacks and stacks of external drives. While the files were at least safe on those drives, they were also on internal servers as well as local drives. You can imagine the process of finding files was like a game of Marco Polo. As thrilling as it was to finally find the file, the time spent searching was exhausting and anything but efficient (not to mention the times when the file was never located). In addition, the governance consisted of relying on current video producers and their memory of that video they produced four (or was it five?) years ago. As more and more files were misplaced and clients grew increasingly impatient with the time it was taking to retrieve a video, the team decided to begin their journey to find a proper video asset management solution.

The first step was to decide to either manage current assets moving forward or start a couple years back. Due to the amount of projects that referenced previous videos, they started with the latter. Assigning a dedicated resource was key to ignite this transformation. The goal was to find someone who had foundational knowledge of video production files and assets as well as strong organizational abilities. Once that person was identified, the team found one server that was regularly backed-up, secure and maintained. While not the ultimate best solution, it was better than what they were dealing with. Fast-forward to the completion of transformation phase 1:

The team felt this was a good first step on their video asset management journey.

But eventually an email came from IT saying that they were taking up too much server space and the files needed to be removed. Worries of slipping back to where they came from, the cabinet method, ran through their minds. So, they found space on another server, but now had files in two locations. While this was obviously still better than the 54 drives that had files on them previously, it wasn’t the one single location for all things video production. Yes, things were easier than before, yes clients were receiving their archived videos quicker and b-roll was in a known location.

But over the years, inefficiencies re-emerged.  For instance, someone would have to physically go into the office to get the files if you forgot to transfer them to an external drive, or if feedback came in and the project was all of a sudden a rush and you were working remotely that day. The speed of transferring files from an on-location production shoot to a place where the editor could get to work on them, was also slower than desired. As project turnaround times needed to be quicker and the number of deliverables were increasing, the team knew the next transformation was now necessary.

Phase 2 started with the team listing everything they liked about the current video asset management solution as well as the additional features they desired. These are the opportunities when video teams need to not only peek into the future but shine a floodlight on it and better understand what they’re going to need (but may not know it yet). After months of research, product demos and partnering with consultants, phase 2 was gaining momentum and soon they would have a solution in which:

To say this was a game-changer is an understatement. With the implementation of this effective video asset management solution, the team was able to focus on the actual projects in production and less on how to organize and retrieve files. The team also worked more efficiently by having a dedicated resource to manage the solution ensuring files were properly organized, including comprehensive metadata and consistent file naming conventions. And the most important aspect was that a solution was chosen to not only address the current needs of the team, but to future-proof for the unknowns to come.

For more on the importance of crafting a video strategy, listen to this recent discussion on Creative Force’s E-commerce Content Creation Podcast. 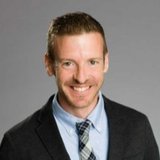 Cella's Digital Media Practice Lead Danny Rickard brings more than a decade of experience leading video, digital and creative teams both on operational as well as tactical levels. He has an extensive background in building teams, client management, creative experiences and development of talent in organizations ranging from boutique production companies up to Fortune 100 businesses. As a result of both his creative and operational thinking processes, Danny is looked to as a strategic partner in multiple roles which he sees as crucial to any leader of an in-house environment.