Around this time of year, people tend to sum up accomplishments and begin to consider next year's goals. For some objectives, particularly objectives that involve teams with a long history together, our leadership team has found that making a series of small changes can yield amazing results. People naturally resist change, so making sweeping changes can be disruptive and take a great deal of time to manage effectively. One way to take a team to the next level can be to adopt an incremental change strategy.

One of the teams I oversee is a well-established group that had been performing adequately for a long time. Clients were pleased and returning year after year. While nothing was broken, we had a sense that the team was underperforming its true potential. Yet because the team had long-standing processes in place, we knew that making big or swift changes would be difficult. We decided that making small changes over time would meet less resistance and be less threatening to this established group thus driving a smooth adoption of the changes.

Break It Down
As I said, from a big-picture point of view, all was well. Yet when looking at the team's process from start to finish, looking at every touch point, every handoff, and every time a designer opened a file, there was clear potential for saving time and effort. One opportunity was to route to proofreading and design review at the same time and, more importantly, have the designer make both sets of changes in a single round of updates, thus eliminating what was often a second interaction with the file. While minimal, pulling files down from the server, opening, saving, and putting files back on the server takes time, and this process change saved minutes on each job.

Small Changes Add Up
Making a series of little modifications similar to the one noted above is really adding up over time. For example, creating estimate templates within our tracking software for every job type the group does, saved us an estimated seven minutes per job. Because this is a high-volume team, we very quickly had a positive return on our initial time investment to create the estimates and were soon saving hours of labor per week.

Ability to Adjust Easily
Implementing the changes over time gave us the ability to track and adjust as needed. For example, the workflow in our project-tracking software was amended to automatically populate certain individuals into defined roles. Once that was piloted for a month, it was determined that one of the roles needed to be adjusted to include a second individual to give us needed duplication at month-end closing time. While it's not unusual to pilot a new program or process, applying that same thinking to all the small changes created a culture of continuous improvement.

Stagger the Impact
While small changes were being made week after week, to minimize the impact on any one group or individual, care was taken to stagger who was making the change each time. For example, one week the PM might be focused on a detail being added to the job ticket, while another week, the designer might be changing the task code used for an activity. In that way, the amount of change also seemed less onerous on any one person or team in particular. Other changes, such as when we provided boilerplate responses to the most frequently-asked questions, applied to the whole team, and so more time was allotted between that change and the next.

"What Gets Measured Improves"
Tracking our progress is important, so some of our changes have centered on ways to measure the gains in time savings. One such change is that we have begun to break our general production task into three distinct tasks for time tracking: regular production, production related to internal revisions, and production related to client revisions. Subsequent process changes can therefore be measured for effectiveness. A very early change made by the team was to pre-proof client-supplied content before layout. While we were not tracking internal changes such as incorporating proofreading comments all along, going forward, we can measure the impact of similar process changes that affect internal revisions or those that affect client-requested revisions. Monitoring the effectiveness of each change and then reporting back to the team can be very motivational.

This group, which was performing satisfactorily before, has successfully adopted a culture of continuous improvement; some of the team members now proactively seek ways to improve their process, and it's really paying off. We started our incremental change strategy late in the first quarter of this year, and within six months can see that this small team has already become far more efficient, saving over 621 hours compared to how long it would have taken them to complete the same workload last year. Those gains will only continue to grow as the full impact of all changes takes hold. It has really been quite an accomplishment; the team has met every goal set, and not only were the team members not overwhelmed, they actually embraced the change and took it to the next level. 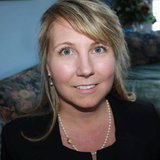 Patrice Marturana, PMP, is the Associate Studio Manager at Merck Creative Studios (Cella). She manages the design portion of Merck's in-house creative studio that includes both print design and interactive design & development. She formerly also managed the Project Management team and was instrumental in developing that team that now manages thousands of jobs annually. Patrice's background in finance and business ownership along with solid collaboration with the leadership team at MCS allows her to work toward continual improvement of processes within project management and creative project delivery.