Yes, Virginia, there is a Graphic Designer

I am 31 years old.
Some of my little colleagues say there is no longer a need for a Graphic Designer.
Steven says, 'If everyone can design with an app, it must be so.'
Please tell me the truth; do we still need Graphic Designers?"

Virginia, your colleagues are wrong. They have been affected by the skepticism of a skeptical age. They do not believe except what they see and what they control with the touch, slide or tap of a button. But who created those buttons? Who created those icons? Infographics? Applications and games everyone so enjoys playing with hours and hours on end? Who made it easy for everyone to post, follow and share? Can we measure the effects of a good Graphic Designer and prove they still exist?

They exist as certainly as good color balance and typography exist, and you know they abound and give to everyone's life the highest beauty and joy, so sought after in the 21st century, now called User Experience and Interaction Design. Alas! How dreary it would be if there were no Graphic Designers. There would be no guiding grids, typographic hierarchy, relevant imagery, no poetry, no romance to lead us through the stories of our print and digital magazines. We would have no enjoyment in any visual experience, as the eternal light with which graphic designers fill the world would be extinguished."

Not believe in Graphic Designers! You might as well not believe in artists, photographers or writers! You might get your project manager to hire people to assemble clip art, stock photography or have copy written overseas, but even if they could pull it all together, what would that prove? Will it be relevant to the audience they are trying to reach, with no sign of a Graphic Designer's touch? The most real things in the world are those that not everyone can see. Did you ever see Graphic Designers doing their dance to make a product sing? Perhaps not, but that's not proof that they are not there. It's odd that people in our industry can no longer conceive or imagine all the wonders seen or unseen in the world that are created by the hands of Graphic Designers.

You may tear apart a project to see how it works, but there is a Design process that goes unseen that is now under siege. Are people no longer enticed by visuals on the web? Using a kiosk? Playing a video game? Working through an online course? Does everything that people interact with in the "real world" no longer apply in the "virtual world"? Those with experience know all remains the same in how people love, live and learn, and need to help push aside the curtain and reveal what is really going on regarding human interaction.

No Graphic Designer?!?! Thank goodness they live, and they will live forever. A thousand years from now, Virginia, nay, ten times ten thousand years from now, they will continue to make glad the heart of people all over the world. For if not for the Graphic Designer, we might as well set everything in 11/12 pt Times Roman with 1" margins and just hit print...or send.

After note: Thank you Francis Pharcellus for writing to Virginia on Sept. 21, 1897, as you inspired me with your passionate words that reach out to all non-believers. 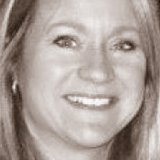 Linda Daniels is a design thinker, artist and educator whose ability to lead, educate and motivate both interactive and traditional teams includes a long list of well-known Fortune 500 brands. She served as the Manager of Assessments and Learning for The BOSS Group and was responsible for the strategic direction, development and design of learning processes for internal and external creative organizations. She also serves as a thought leader, collaborating with multidisciplinary top thinkers and innovators who are always in search of excellence and the next big thing.